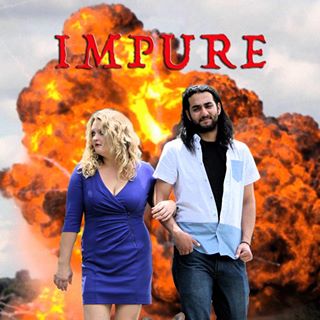 I saw Impure, for the first time in December of 2015 at the second annual movie Premiere of the Nashville Filmmakers Meetup, a local group of like-minded people in Nashville, TN who represent every facet of filmmaking and who offer their skills to one another, free of charge, for the various film projects that the group green lights each year.

In 2015 there were ten films in production. I had been looking forward to seeing Impure after having had a discussion about it with writer-director-actor Sarkaut Taro, as he was still developing the story. The topic of his film, extreme Islamic terrorism, caught my attention, but it was the twist that Taro added to the plot that really whet my appetite.  What would happen if a suicide bomber were to change his mind while employed on a suicide mission? That’s precisely the question that Taro raises in his sixteen minute short film. END_OF_DOCUMENT_TOKEN_TO_BE_REPLACED

Screenwriting is one tough gig!  Not only does a writer need to understand screenwriting structure well enough to create a compelling storyline with interesting characters, but the writer must also weave all major critical decisions, plot points and twists into the story while staying within the confining page requirements of ninety and one hundred-twenty pages, depending on the story’s genre.  In addition, once the masterpiece undergoes numerous edits and rewrites, then the writer needs to strategize a plan to get the screenplay read amongst the thousands of scripts that are stacked sky high in the offices of underpaid, overworked Hollywood readers. END_OF_DOCUMENT_TOKEN_TO_BE_REPLACED

As writers, we’ve heard the expression dozens of times: just show up at the page.  But when our daily lives are crammed with job responsibilities, family obligations and holiday tasks, showing up at the page may be difficult to weave into our daily routines.  Before we know it, one day morphs into one week, which then morphs into a month which then spirals into several before we realize, “Gee, I haven’t written anything in a while.”

Though it may appear nearly impossible, it is imperative that writers carve some time out each day to write despite the daily, unbridled events that life hurls at us.  Even if it’s only for ten or fifteen minutes a day, these regular entries will not only serve to strengthen and improve our craft, but how else will those writing projects that we began with such passion and vigor see their final page?  Indulge me as I illustrate the power of how necessary this slow and steady practice is. END_OF_DOCUMENT_TOKEN_TO_BE_REPLACED

As I write this post, thousands of eager writers around the globe are at their keyboards, frantically pounding out word after word, working passionately to write an entire 50,000 word novel in just thirty days.  Sound crazy?  Maybe for some, but for many, completing the daily minimum goal of 1,666 words is nothing less than invigorating.

Now in it’s eleventh year, NaNoWriMo, short for National Novel Writing Month, went from having just twenty-one participants in its first year, to an overwhelming 165,000 participants in 2009. END_OF_DOCUMENT_TOKEN_TO_BE_REPLACED